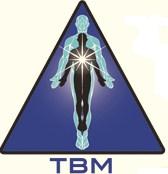 TBM is a system of healing that has grown out of acupuncture, naturopathy, radionics and, most of all, chiropractic.  It is called Total Body Modification (TBM) and has been taught throughout the world, largely to chiropractors, since 1978.  The principal founder and developer of TBM, Victor L. Frank, D.C., N.M.D., passed away in 2010.

TBM is a combination of testing systems, organs and specific points and then making corrections on the body that are connected with certain health impairments and structural imbalances. These dysfunctions are frequently associated with short circuits in the body’s bioelectrical system.

What occurs in this form of therapy?

We are correcting functional physiological malfunctions.

What are Functional Physiological disturbances?

Functional physiological disturbances occur when you are experiencing signs and symptoms. Your body is giving you a clue that something is not right within your body.

Laboratory Tests Will Frequently Be Normal and You Will Have Symptoms

In order for a lab test to show positive results, a loss of function of the affected area has to be present by a factor of 40% or more. In other words 40% or more of the affected tissue or organ is not working properly in order to show a positive lab test indicating something is not right.

TBM will demonstrate abnormal findings when there is a loss of 1-2% of the function of your affected organ. You may have various symptoms that bring you into the office, but what you have may not have anything to do with the problem that needs treatment. TBM is one way of tapping into your body’s internal computer system.

It has been taught for the last few decades that a biological computer within the body controls all of the body’s functions.

TBM has found that by using certain reflex points and an indicator muscle, various computer programs, such as diseases, systems, organ body points and more, within the system can be tested. Structural or soft tissue manipulations can then be used to realign the function of your body’s computer program thereby restoring optimal functioning within your body.

If your body’s programs are running too quickly or too slowly, disease may develop. TBM helps to normalize the flow of function and energy by balancing your body’s computer program.

In TBM, one of the ways to gain access to the body’s computer is through a combination of reflex points along the body that correspond to various systems, organs or diseases.

What Does A Therapist Do To Perform TBM?

The therapist will help to reprogram your body’s internal computer by a combination of muscle testing, touching specific points on the body corresponding to various body parts or systems, making specific corrections at specified levels of the spine in specific orders. Sometimes blocks, an instrument, or the hand itself are used to make the corrections.

Your body’s electrical system can be likened to a bio-computer. This electrical system operates on small internal direct currents that mirrors the nervous system. When your body’s short circuits are rebalanced it your healing forces that nature supplied you with will be refocused and your body will move towards balance and healing.

Another question that we commonly get as we are treating is: “Why are you using the vials, and what is in those small vials that you use?”

The vials are used for treating allergies, infections, flues, and such. We have over 300 testing items. For example, we have a testing vial for “Bee Pollen”. A Bee Pollen “Allergy” will include the actual bee pollen itself and/or things that bees pollinate.

If, for example, this vial comes up as being positive, we would check to see what organ points this is involved with, and make the appropriate spinal corrections. Then we would clear the Immunoglobulins (which is the body’s first line of defense), both separately and collectively.

Everything, whether living or not, has its own vibrational electromagnetic frequency. Each disease also has its own frequency. In TBM we are looking for energy imbalances and making appropriate corrections to the bio-computer to restore the imbalances within the body’s electrical energy system.

TBM is member of the Applied Kinesiology (AK) family.  Dr. Frank was a close associate of George Goodhart, D.C., the father of AK, in AK’s earliest years. Dr. Frank, however, felt AK was becoming overly complex, time-consuming and laborious.  As he would often put it, “AK is too much like work!”  In the early 1970’s, Robert Riddler, D.C., another early associate of Dr. Goodhart, was developing Body Points to simplify the AK evaluation.  He borrowed from chiropractic’s Meric system to systematize corrections for the dysfunctions found through Body Point analysis.  Dr. Frank began utilizing Dr. Riddler’s technique with his patients and was pleased with many of the results, but found them to not always be consistent, and again a bit too laborious.  He, and his colleague Harold Havlic, D.C., began to innovate and TBM was born.

Here is what Dr Doris Rapp M.D.H. F.A.A., F.A.A.P board certified environmental medical specialist and pediatric allergist for children and her views on TBM allergy corrections.

Along with further pioneering of Body Points, Dr. Frank introduced the use of test vials.  He had a background in radionics and began using a radionics machine to charge small ampoules of water with the electromagnetic signature of allergens, pathogens, and toxins.  He would then place the vial upon the sternum of his patients and perform an AK muscle test.  He interpreted a weakness to indicate a functional deficiency related to the particular substance he had charged into the vial. The TBM system of Harmonization was developed as a means to resolve that functional deficiency.  TBM Harmonization allows us to quickly assess our patients for sensitivities to foods, environmental substances and body tissue, as well as the ability to eliminate toxins and address infections.  Once a dysfunction is determined, correction, or Harmonization, can usually be achieved rapidly through contacting and correcting the appropriate Body Point.

Dr. Frank also introduced the first AK-based emotional work at the inaugural ICAK meeting in 1973.  He presented a technique he called Emotional Erase.  Through this technique, we are able to quickly assess a patient’s toxic emotions and, by gentle rubbing upon specific locations and in specific directions on the forehead, “erase” the toxic emotions.  The cycle of emotionally-based illness becomes free to unravel and sound emotional responses to life’s stressors restored.