What is Functional Neuro-physiological Integration or FNI anyway?

It started with a few simple questions “why don’t all people respond to all forms treatment all the time?, how can I increase successful treatment responses? and how do I make the abstract subconscious tangible so the conscious mind can work with it more effectively?”

FNI is all about perceiving and maintaining a reflex response of “safe” and modifying three natural neurological responses fight, flight and freeze when we don’t perceive a safe state.

I heard a few views on primary perception circuitry over the years, the most basic of which I’m fond of is that, we all first assess all external situations as “Am I safe” then “can I eat this” and or “can I mate with it”….. closely followed the fight, fright and freeze when we become the victim of some others primary perception circuitry of you using the same line of responses. So around in circles we all go, each of us acting and being acted upon by each other until some natural order of balance is reached.

So what you think? Isn’t that normal? well yes, however there is such a thing as good, better and best. If you are trapped in a cycle of responses that cause disease, dysfunction and unappreciated emotional outputs.

Wouldn’t it be best if to reset those responses to “I am Safe” and remain strong throughout all situations and conditions within your life.

Well, that’s what FNI is designed to do which ultimately requires alterations to our cellular expression. FNI development involves an unique language interface, value testing and reinterpretation of subconscious structure.

Map Of Consciousness to the Map of Conscious Repair and Development

FNI builds on a 20 year study conducted by Dr David Hawkins who passed away in September 19 2012, practiced psychiatry since 1952. A widely respected therapist and lecturer, his national television appearances include The MacNeil /Lehrer News Hour, The Barbara Walters Show, and the Today show. He was also a Kinesiologist and after some 250,000 calibrated tests developed a map of the human consciousness which featured in one of his many books Power vrs force.

FNI recognises this huge contribution of Dr Hawkins and has developed many Kinesiology based protocols and programs that turns the Map of Consciousness into a functional map of repair and development.

The Power of Words and Frequencies

“THE HUMAN DNA IS A BIOLOGICAL INTERNET and superior in many aspects to the artificial one. Russian scientific research directly or indirectly explains phenomena such as clairvoyance, intuition, spontaneous and remote acts of healing, self healing, affirmation techniques, unusual light/auras around people (namely spiritual masters), mind’s influence on weather patterns and much more. In addition, there is evidence for a whole new type of medicine in which DNA can be influenced and reprogrammed by words and frequencies WITHOUT cutting out and replacing single genes.” 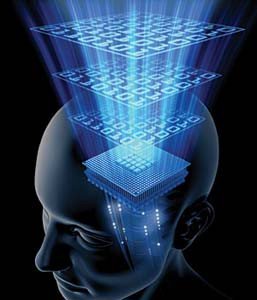 FNI was created to integrate physical, emotional and spiritual modalities by truncating all the different practices back into a primary innate language.

Living organic processors (i.e. humans) require the same basic three operating systems, our “cognition or consciousness”  is similar to that of a computer Application, dependant on the responses provided from the sub-systems for processing.

Ultimately everything we do comes down to two output values  “I like this? “or “I don’t like this”? which is digital in nature, once we perceive a “dislike” the immediately reflex is to fight, flight or freeze however the amplitude of the response is analogue as we shouldn’t respond the same way to say touching a searing hot stove verses touching frozen one. Both stimuli’s may be disliked but one is better tolerated in the short term, This response is therefore analogue and requires higher level sub conscious functioning and even cognitive input. These values are dependent on physical and energetic binary systems hence mathematical.

The universal language of mathematics is key, regardless of race or species one plus one will always equal two, however the value of two may be interpreted any number of ways based on experience.

If you like something, the action is to remain strong and move towards it, conversely if you dislike something the action is to weaken and withdraw. The rate of weakening or response hesitation however is the analogue component of our reflexes.  This was a phenomena I noted very early on in myself and on over thousands of individual muscles tests on friends and clients alike.  More importantly it is controllable!

FNI uses an exciting new technique of “Autonomic coding” where complex information is derived directly from subconscious mind in the form of numerically expressed sequences. This is particularly effective once the foundational referencing protocols are complete and the value system is calibrated. We literately ask your subconscious whether it knows the fault and then for the required correction to fix it.

FNI also has other advanced techniques and a very unique and structured referencing and menuing system, that allows faults to be easily located, removed and followed up on, confirming both the change and any other connections to the fault.

FNI is a kinesiology based discipline that tracks, isolates and then resets mental, emotional, physical and spiritual perception dysfunction that creates and sustains disease within the person.

Once these energetic patterns and perceptions are transformed they stay transformed.

All “dis-ease” patterns  share an emotional and spiritual involvement that hold the body’s functional state and are commonly reinforced over years of complementary behavioural reflexes and experiences.

FNI also recognises that what works for one person may not work for another so it has a multitude of tools and techniques available to cut through the sometimes multifaceted, sometimes layered, fragmented, hidden and latent self constructs.

FNI is a standalone technique and is used to debug the value responses of our neurological inputs and outputs. FNI is also the glue that holds this entire program together.

FNI is also a functional integration of a multitude of different evidence based modalities wrapped up in one, it’s like having a large box of building blocks and the imagination to create any number of combinations. At its core is the skill to manually calibrate and then test subconscious reflexes to any stimulation and then retrain or more importantly reset these reflexes.

Eventually all this learning and a few intuitive leaps forward, the work evolved and developed into new techniques of “Constructural remodelling” , “Autonomic Coding”, “Body Integration” and “Imprinting”.

So out of respect for each of the source disciplines for learning and philosophy, I called this new fusion and techniques “Functional Neurophysiological Integration”.

For those interested or curious  I would suggest watching the film “E-Motion” it is a beautifully presented movie explaining the central ideas from other emotional experts from around the world.    http://www.e-motionthemovie.com/